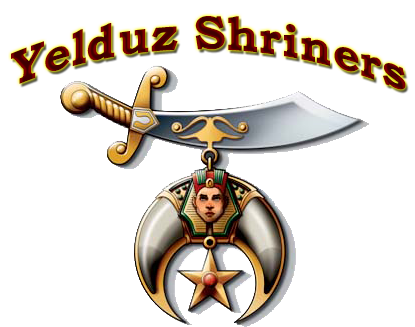 History of The Shrine of North America

In 1872 Walter Fleming, a 33 degree Scottish Rite Mason, took the ideas supplied by William Florence about the ceremonies he had attended in Algiers and Cairo. Walter took those ideas and converted them into what would become the Ancient Arabic Order of the Nobles of the Mystic Shrine (A.A.O.N.M.S.). While there is some question about the origin of the Fraternity’s name, it is probably more than coincidence that its initials, rearranged, spell out the words “A MASON”.

With the help of other Knickerbocker Cottage regulars Fleming drafted the ritual, designed the emblem and ritual costumes, formulated a salutation, and declared that members would wear a red fez. The initiation rites, or ceremonials, were drafted by Fleming with the help of three Brother Masons: Charles T. McClenachan, lawyer and expert on Masonic Ritual; William Sleigh Paterson, printer, linguist and ritualist; and Albert L. Rawson, prominent scholar and Mason who provided much of the Arabic background.

While the organization was still primarily social, instances of philanthropic work became more frequent. During an 1888 Yellow Fever epidemic in Jacksonville, Florida members of the new Morocco Temple and Masonic Knights Templar worked long hours to relieve the suffering populace. In 1889, Shriners came to the aid of the Johnstown Flood victims. In 1898, there were 50,000 Shriners, and 71 of the 79 Temples were engaged in some sort of philanthropic work.

By the turn of the century, the Shrine had come into its own. At its 1900 Imperial Session, representatives from 82 Temples marched in a Washington D.C. parade reviewed by President William McKinley. Shrine membership was well over 55,000.

“World’s Greatest Philanthropy”:  The Shrine was unstoppable in the early 1900s. Membership grew rapidly and the geographical range of Temples widened. The first Shrine Circus opened in 1906 in Detroit. During the same period, there was growing member support for establishing an official Shrine charity. Most Temples had individual philanthropies, and sometimes the Shrine as an organization gave aid. After the 1906 earthquake in San Francisco, the Shrine sent $25,000 to help the stricken city and in 1915, the Shrine contributed $10,000 for the relief of European war victims. But neither the individual projects nor the special one-time contributions satisfied the membership who wanted to do more.

At the June 1920 Imperial Session in Portland, Oregon. Freeland Kendrick (Lu Lu Temple, Philadelphia) established the “Shriners Hospital for Crippled Children,” to be supported by a $2 yearly assessment from each Shriner.

First Hospital:  Before the June 1922 Session, the cornerstone was in place for the first Shriners Hospital for Crippled Children in Shreveport, Louisiana. The rules for this hospital, and all the other Shriners Hospitals which would follow, were simple: To be admitted, a child must be from a family unable to pay for the orthopeadic treatment he or she would receive, be under 14 years of age (later increased to 18) and be in the opinion of the chief of staff. Or in other words, someone whose condition could be helped.

The work of the great Shriners Hospitals network is supervised by the members of the Board of Trustees, who are elected at the annual meeting of the hospital corporation. Each hospital operates under the supervision of a local Board of Governors, a Chief of Staff and an Administrator. Members of the boards are Shriners, who serve without pay.

Please contact us via email through the form below, and we will get back to you!